At Therry Dramatic Society at The Arts Theatre, 53 Angas Street 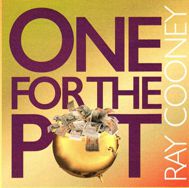 Written By: Ray Cooney (with Tony Hilton) Directed By: Sue Wylie
It shouldn’t be hard to give a pot of money away. In this case, in the 1960s, £10,000 is a fairly big pot. Our hardworking, and rich, hero (Jonathon Hardcastle) wants to give it to the son of his deceased best friend. The problem is that Hardcastle doesn’t know his friend had four sons – and that they were identical quadruplets – and he didn’t expect all four men to arrive on his doorstep at the same time, claiming the money. This is Ray Cooney’s first farce (in collaboration with Tony Hilton) and its original London production ran for four and a half years.