PLAY: THE PRISONER OF SECOND AVENUE 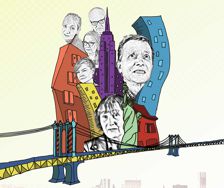 Mel is a well-paid executive of a high-end Manhattan firm which has suddenly hit the skids, and he gets the axe. His wife Edna takes a job to tide them over, then she too is sacked. Compounded by the air-pollution killing his plants, and with the walls of the apartment being paper-thin, allowing him a constant earful of his neighbours’ private lives, things can't seem to get any worse...Then he's robbed, and his psychiatrist dies with lots of his money. Mel does the only thing left for him to do – he has a nervous breakdown. It is on recovery that we come to esteem him all the more, because Mel and his wife and people like them have the resilience and the grit to survive. Simon brings to the fore comedy in the face of adversity!