PLAY: THE MAN WHO WROTE SHAKESPEARE 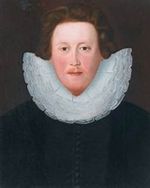 Why would Sir Henry Neville allow Will Shakespeare to take the credit for his plays for four hundred years? How did he manage to not only survive two years in the
Tower of London, but also write Hamlet and other plays in the shadow of the executioner’s axe? The trauma created a radical shift in his writing. He chose to delve deep into what it is to be human for what might well be his last play. To respect Neville’s wish, after seeing this play you must promise not to tell who really wrote Shakespeare.

All tickets $29. Collect at theatre.